In order to make the ice cream taste smooth and reduce the generation of ice slag, it is necessary to explain from several aspects of the use of the ice cream machine.

2. The slurry is not uniformly stirred and requires sufficient mixing time.

3. After cleaning the ice cream machine, the water in the cylinder is not drained clean.

4. The rest time is not enough. The slurry after stirring is allowed to stand for more than 15 minutes (the rest time is slightly longer, and the stirring may be repeated several times). This process is called aging. You will find that the aged ice cream liquid becomes very thick. This will make the produced ice cream cake more delicate and the puffing effect is better.

5, the quality of the ice cream machine or ice cream powder used is not good, resulting in low ice cream puffing rate, and more ice slag. 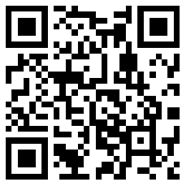